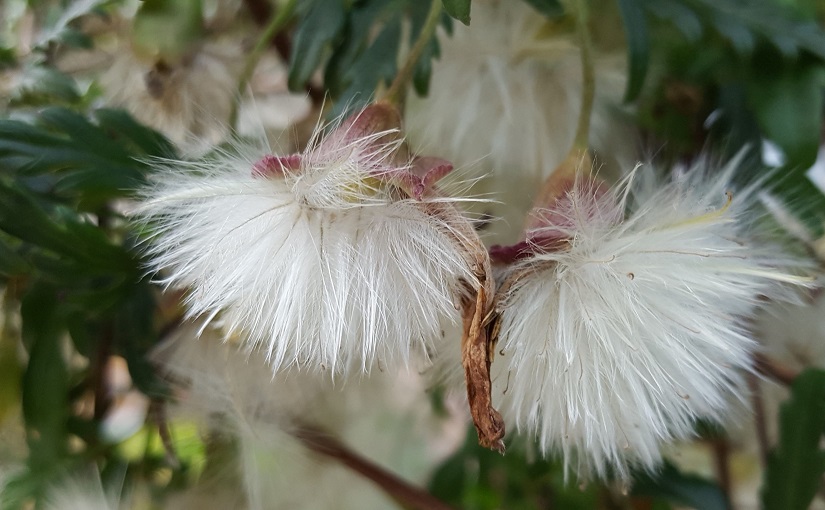 Over time, I’d imagine any pattern of behaviour begins to create a groove – an atmosphere; a sense of intention or complacency; a static friction, perhaps, of accumulated focus. As we live our lives, those things we do becoming these established channels of thought, repetition and consequence through the choices we’re making and our commitment to them.

Like those places of ritual or worship, where people over the centuries have walked certain paths and filled certain places with thoughts of devotion; running their minds along these established tracks of contemplation. Places that can come to have a special feeling about them, perhaps the result of the sustained manner in which they’ve been occupied.

You can even see where people’s feet or knees have literally worn away stone through the insistence of their presence. As with the proverbs about dust turning into mountains or drops forming oceans, there’s this sense in which small accumulating gestures can develop great strength over the years; working away at things we might’ve thought were immovable or impossible to achieve.

But then, sometimes, such places get repurposed for drinking or housing and there’s almost this jarring sense of dissonance at a building built and occupied with the mindset of collective reflection suddenly having a very different purpose in mind. Centuries of one kind of devotion being replaced with quite different vibes and patterns of activity or intent.

Which is meant as an observation more than a complaint – a sign of the times, perhaps. Because, of course, things change. Ways of being that’ve sustained countries, cultures, civilisations, or communities for years can presumably fade out rather quickly if the coming generations don’t see their value or decide to maintain them in some new form. Anything that’s worth isn’t recognised clearly risks being left by the wayside.

As times change, our ways of being arguably need to change with them: repeating worn out actions that bear little relation to the world around you doesn’t really stand to reason. Sometimes, insisting on doing things as you always have can be a mistake. Understanding what’s valuable within what we inherit from the past seems a fascinating challenge (see Notes One).

Because, if appreciating something comes from understanding it, do we run the risk of discarding incredibly worthwhile things simply by not taking the time to come to know them? It seems an important question; especially given the overwhelming distractions of our times. What if we’re missing out on things, breaking up essential structures or patterns of relationship because we don’t see their value? What if we’re mistaken?

I’m purely thinking hypothetically here – theoretically, conceptually, rather than specifically – but what if the thoughts we think, the ways we’re acting, how we relate to one another, all the patterns we’re building up with our lives really matter?

Sometimes I’m really not sure where my writing’s headed, wandering off along these pathways I can barely see through the undergrowth. At times that might take me somewhere imminently worthwhile, even if I’m still unsure where.

Note 1: Seeing, knowing and loving
Note 1: Letting go of “who you are”
Note 1: All that’s going on around us
Note 1: Cost and convenience
Note 1: History’s role in modern culture
Note 1: How things change

Other ideas around the topic of change were the focus of Can we reinvigorate how we’re living?