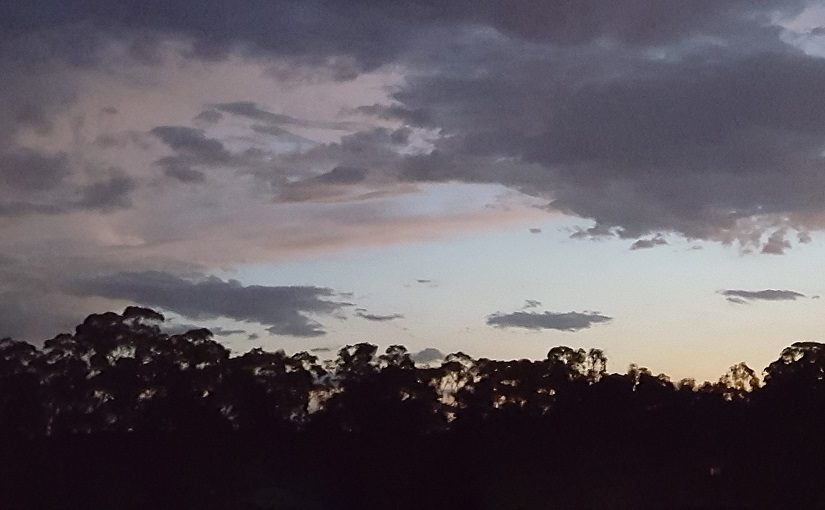 In life, generally, aren’t we surrounded by constant visual landscapes? All that’s around presenting us with this ongoing play of colours, forms, structures, and the meanings assigned to them. That’s not any kind of revelation – it’s simply the reality of being alive and able to perceive the world around us – but it’s interesting to imagine how our landscapes differ from all that went before.

Looking back to, say, ancient Greece and Rome or an island existence, humans must’ve been surrounded by fairly simple, consistent landscapes. By modern standards, they were presumably quite calm and slow-moving compared with the pace of change and level of stimulation we’re now used to. Everything moving at its own speed, people interacting with it all in ways quite different from our own.

Almost as if “life” is a strange choreography of people moving in space and time to interact with the forms and functions of the society surrounding them – a dance of needs, capacities, tasks, environments, architecture, the trappings of culture, and human existence itself (Notes One). In which case, it’s perhaps not so different from today, only dialled up to a new pace with things taking on new forms.

But what about the meaning we get from it all? How meaningful is much of what surrounds us now? Of course, everything’s meaningful – it all means something, comes from somewhere, designed by someone, aiming to achieve certain ends. If we were to “read” it, everything within our environment would still “say” something about the world we’re living in and how we’re choosing to fill it as human beings.

Now, so much is commercial – our visual landscapes filled with advertising of various kinds. Then, the attempts being made to influence our ideas, decisions, beliefs, attitudes and assumptions. All this effort at filling our minds with new meanings or conclusions to fit one agenda or another. Our attention or acquiescence clearly being a valuable commodity, for whatever reason, within modern life.

What’s it like to be surrounded by visual cues attempting to change your mind, often on subconscious levels? It must be draining and make our minds confusing, unexpected places filled with ideas that aren’t really our own. As if our environment is now, in a way, an assault upon us as people make use of it for various ends. A space filled with subtext, agenda, and hidden messages (Notes Two).

Also, full of personal attempts at letting others know who they’re dealing with – all the ways we craft our own style to communicate who we are to others. All of these individual, cultural statements as we draw references together into whatever image we’re hoping to convey (Notes Three). In terms of homes, cars, belongings, clothing or general demeanour, isn’t our landscape now filled with the deliberate expression of meaning?

There’s no “point” to these musings, though. They’re simply pondering over how much life might’ve changed in this regard and what that might mean for us as the humans trying to live our lives within it all.

Note 1: Shaping the buildings that shape us
Note 1: How ideas find their place in the world
Note 1: Beauty and wonder in nature
Note 2: The difference humanity makes
Note 2: Attacks on our humanity
Note 2: Which voice can we trust?
Note 3: Meaning in a world of novelty
Note 3: Definition, expression & interpretation
Note 3: Making things up as we go along