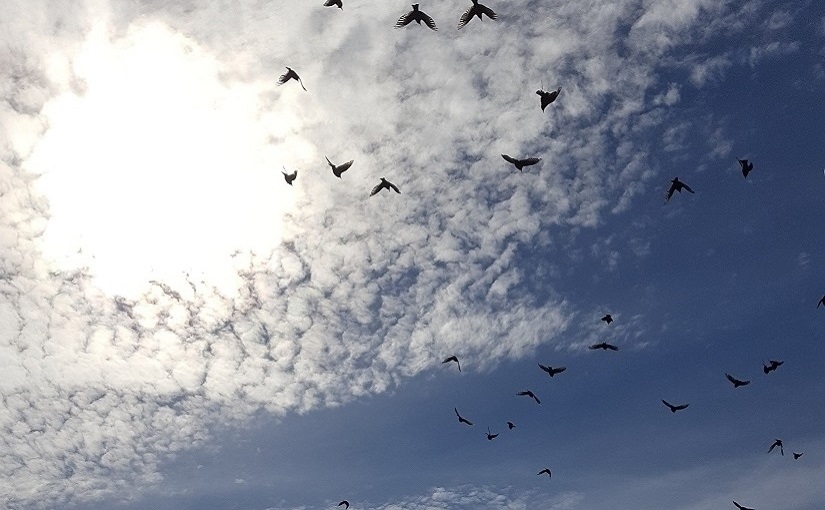 It seems that in the past ‘education’ was a shared project of sorts between family; local community in all its forms; social and cultural life; apprenticeship or involvement in the workplace; and some element of more formal instruction. Between all that, people came to understand the society they lived in and their roles within it.

Which is what education’s about really: preparing people for life; for their economic, social, cultural, emotional, political responsibilities. It’s giving people the knowledge, skills, broader sense of how things are, and the capacity to stand within it all as balanced, healthy human beings acting responsibly within their various environments and relationships.

These days, much of that’s placed in the hands of the education system, with its task of imparting what’s considered essential for society and individual fulfilment. And, without going too much into whether all those earlier functions are incorporated or the extent to which community, culture, social life and employment have also changed in that time (see Notes One), how well does this prepare people for modern life?

What’s needed in order to be prepared? Is it exposure to technologies; historical knowledge; social awareness; creative or analytical thinking; practical life skills; adaptive capacities; or simply self-confidence? That list’s not even exhaustive, but can any one institution provide it all in lieu of the broader, collective cooperation of the old ways?

It’s little wonder policy regarding education is so contentious and realities so difficult, given how much rests in the hands of schools at a time when society itself is struggling. And then, do we educate for the social system as it is; as we imagine it might become; as industry wants it to be; or as we hope it will be? Given it’s a government concern, it’s clearly a planned future of sorts and probably one with industry involvement (Notes Two).

Deciding – let alone agreeing on – what’s going to be needed for the future seems an almost impossible task. And the education system itself has a history, so it may not be the most responsive or unified entity. But is it right for government to manage learning for its shifting political agendas, considering how much it shapes us as individuals?

Aldous Huxley talked about education for freedom (Note Three). How we might enable people to stand independently within society; knowing how things are, how we got here, and how to handle the fruits we’ve attained; applying a sense of discernment and intention to their participation in economic, social and cultural life. Essentially, imparting a detailed picture of human civilisation and the self-assurance to live into the current reality of that.

Because one of the main certainties for the future must be that things change (Note Four). Rather than attempt to predict those changes, we could foster a living understanding of what it is to be human and all we’ve achieved so far; so people know society, flaws and all, and are able to work with or alter aspects of it should the need arise.

Note 1: Community – what it was, what we lost
Note 1: Laws and lawlessness
Note 1: Missing something with modern culture?
Note 2: Learning to be human
Note 2: Economics and the task of education
Note 3: “Brave New World Revisited”
Note 4: History as a process of changes

In many ways, this ties in with Need to stand alone & think for ourselves and the importance of independent thinking.