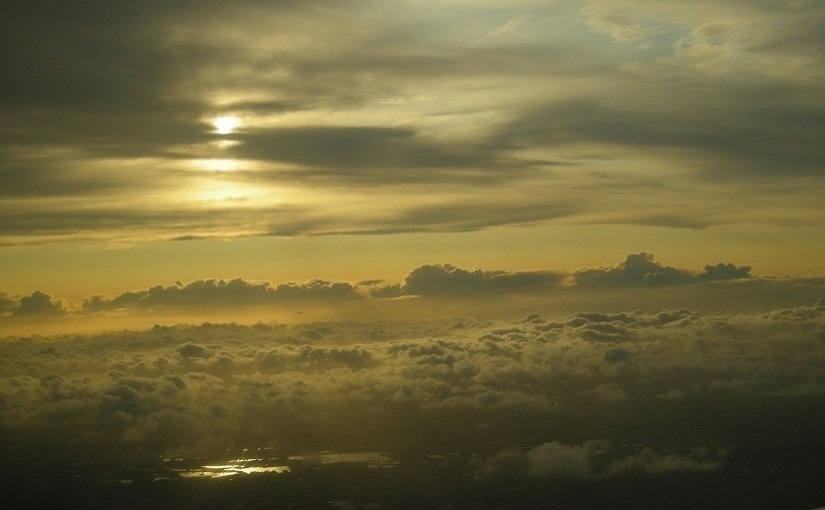 Rather than a thorough literature review, this post considers a few books where Western and Eastern thought intersect. And in using those terms, I’m talking loosely about Western civilisation’s objective, scientific approach; alongside the counterpoint of Eastern spiritual philosophy or belief.

As discussed in Spirituality since the 80s and then in Mindfulness, antidote to life or way of being, there seems to have been a shift in the West toward the latter part of the twentieth century whereby many have sought a cultural dialogue with Eastern ideas. Here we could talk about the spiritual movements of the 60s and 70s, or the more recent incarnations of mindfulness or modern spiritual literature and so on.

This could be characterised as the West seeking greater soul, meaning, beauty, or recognition for the human spirit; as if we reached a certain point in the development of our civilisation and realised something might be lacking. And of course this isn’t limited to a dialogue with Eastern philosophy; there’s also the rich wisdom of indigenous peoples or the revival of various folk traditions that pre-existed Western ways.

In looking at texts that embody this interchange between Western and Eastern thinking, I’ve had in mind “Towards a New World View” which compiles conversations between Russell E DiCarlo and various others; “The Ending of Time” charting dialogue between David Bohm and J Krishnamurti; and “The Art of Happiness” based on exchanges between the Dalai Lama and Dr Howard Cutler.

In a way, it’s interesting that these books all take a conversational format; and each one is a fascinating model of communication between divergent worldviews attempting mutual understanding. Many of those DiCarlo interviews draw on ideas from Eastern thought in seeking to address Western challenges; and much that takes place there is a discussion of terms, concepts and values across different cultural or personal experiences. Then Dr Cutler’s work with the Dalai Lama seeks to relate the deep yet simple perspectives of Tibetan Buddhism to the psychological approach of the Western mind; it’s insightful to witness these two ways of understanding human realities grapple to come to terms with one another.

Building on that, the talks between Bohm and Krishnamurti then raise these same polarities of thought into a heightened and lively meeting of minds. David Bohm, a theoretical physicist who worked closely with Einstein, seeks and finds common ground with the philosophical spirituality of Jiddu Krishnamurti. It’s a truly fascinating dialogue about the nature of thought, the human condition, and how we interact with life. It’s also a wonderful example of an exploratory conversation between completely different ways of thinking, as this highly intelligent yet open Western mind reaches through the veil and comes face to face with a much more mystical way of viewing things.

It would disrupt the flow of this post to attempt to quote or encapsulate these disparate and developed lines of thought, but I highly recommend these writers for anyone seeking to experience more of this often exciting and worthwhile cultural conversation.