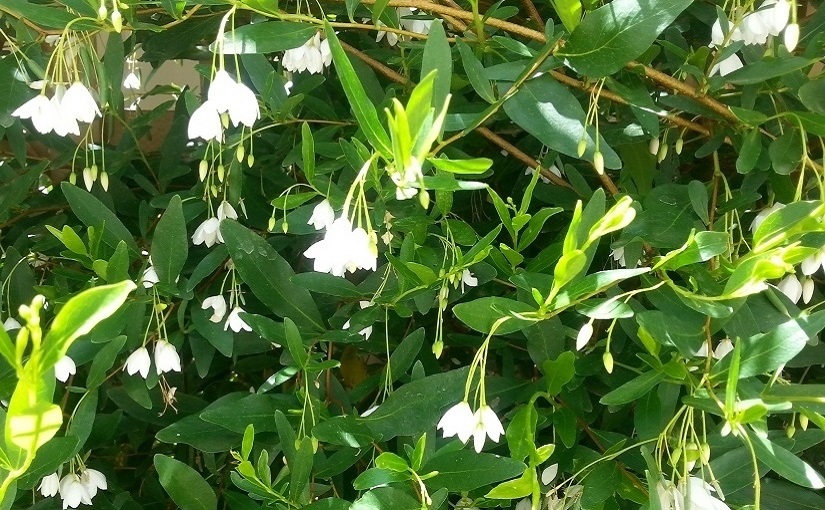 Following on from my sketching out of Spirituality since the 80s, I will talk here about the phenomenon of Eckhart Tolle and how that relates to modern spiritual literature and trends of spiritual practice.

Tolle’s writing has clearly been astoundingly popular and successful, which is interesting in itself given the nature of modern society. It seems there’s still a market for those seeking to explore meaning, inner life, and alternatives to traditional forms of belief or spiritual existence. For me, the value of his writing is largely in how it consistently embodies a different perspective on self and the mind; articulating this through written style and everyday example.

It’s essentially a single message: the separation of consciousness from thought; of identity from thinking; of meaning from perception. He’s speaking of consciousness, the aware presence behind thought. As if he had this profound experience of personal suffering that led him to fully appreciate that distinction, and be in a position to articulate it clearly and consistently in a variety of ways.

Some criticise his writings as repetitive and without substance, but to me that’s the point: he’s saying the same thing, describing all the ways in which we identify with our thinking, encouraging us to detach from the relentlessly spinning mind. Maybe it’s something that needs saying over and over. Simple as it may be, this is clearly still a message our civilisation struggles with; the thinking mind resists it. Our society is so interwoven with logical thought that his ideas still stand as a powerful challenge; pointing out the illusion of clinging, as the teachings of the East traditionally have.

With any spiritual writing, there seems to be the difficulty of matching expectations to what’s possible with a book. Tolle seems to do a wonderful job of articulating a certain perspective; but where does it go from there? I’m not sure spirituality is something you can download into a passive mind, hence the idea of spiritual practices: that we must apply ideas to reach a personal growth and understanding. So it seems books such as these aren’t an end in themselves, but offer a state of awareness that you then have to decide what to do with. Tolle himself talks of this awareness then experiencing a deepening, which possibly then changes how we choose to participate in life.

What do you do once you no longer identify with your thoughts and ideas about life? As explored in Writings on Education and “Towards a New World View”, our lives in a sense hold around this invisible centre of our beliefs. So how do you live once you see the ways in which we hold to stories about self, life, meaning, security? Can any writings fully answer that question and encapsulate a recipe of living; and, if they did, would we accept one? If writers such as Eckhart Tolle are reminding us to “wake up”, maybe the next step is simply to be awake and to find out what that means.